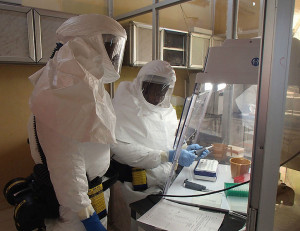 Several cruise lines have canceled port calls and changed itineraries to avoid areas in West Africa that could potentially be affected by Ebola virus. In spite the fact that most cruise lines don’t regularly visit West Africa, there still are a few lines that offer exotic voyages with port stops in the area.

Carnival’s Holland America Line has adjusted its 35-day “African Explorer” cruise which departs from Cape Town, South Africa on November 15 and sails to Southampton, United Kingdom. Its three stop calls in Ghana, Gambia and Senegal will be replaced with an added overnight in Cape Town, another one in Cape Verde and a stop in Tangier, Morocco, according to company’s spokesman Erik Elvejord.

Regent Seven Seas Cruises has changed its transatlantic Lisbon to Miami itinerary. The port call at Dakar, Senegal was removed and replaced with an overnight stay in Santa Cruz de Tenerife in the Canary Islands.

In addition, Seabourn Cruise Line announced that the Seabourn Sojourn will change its itinerary and the 39-day “La Condamine to the Cape” voyage from Monte Carlo, Monaco to Cape Town, which was initially slated to visit Senegal and Gambia, will cancel both port calls and replace them with Malaga and Cadiz in Spain.

Some cruise lines including Royal Caribbean, Norwegian and Carnival Cruise Line announced that they do not have ships traveling in the affected areas.

Although the virus is unlikely to spread, the officials of Carnival and Royal Caribbean said through Cruise Lines International Association that anyone who’s visited Ebola-affected areas within 21 days will not be allowed to board their ships. All of their guests could have to answer a series of health questions as well as undergo more medical screening if necessary.