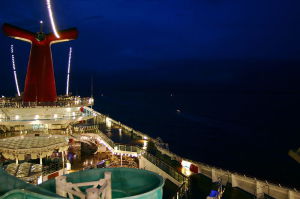 Carnival Cruise Line is planning a major expansion of its presence at Port Canaveral by adding two new ships, announced the officials from the company a couple of weeks ago.

The Carnival Victory will replace the smaller Carnival Sensation and will offer three- and four- day Bahamas cruises. The Victory is 34 per cent larger and has more balcony rooms, features and shipboard amenities. The Sensation will head to Port Miami at that time, replacing the Victory there.

In addition, the Carnival Magic will come to Port Canaveral in December 2016 and will provide two different seven-day Caribbean itineraries. The Carnival Magic will redeploy to Port Canaveral from Galveston, Texas. The Magic debuted in 2010 and it is part of Carnival’s newest class of ship, called the Dream Class. The Dream Class is a class of “fun ships” and they are the largest cruise ships ever built for Carnival Cruise Line with a total gross tonnage of 130,000 tons. The Magic offers its guests such features as a huge WaterWorks aqua park, children’s facility with expansive play areas, SportSquare outdoor recreation area with a two-level adults-only Retreat and a 23,750 sq ft wellness area, Cucina del Capitano family-style Italian restaurant and many others.

Two other Carnival cruise ships, the Carnival Sunshine and Carnival Valor, will continue operating from Port Canaveral. The Carnival Valor will undergo dry dock renovations starting in March 2016 and will return to service in October. Then the ship will take over the Victory itineraries as the Carnival Victory will move to another homeport.

In response to Carnival Cruise Line’s announcement, Port Canaveral Chief Executive Officer John Walsh said that the port “is pleased that the strong partnership continues to grow and improve with the variety of diverse ships sailing from Orlando’s port.”