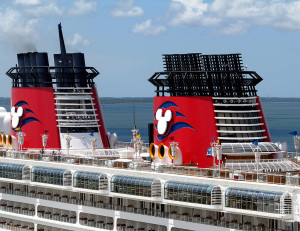 Disney Cruise Line has announced that they are heading back to Hawaiian Islands in the fall of 2015 with Disney Wonder sailing on two 10-night cruises to the Islands.

The line has been basing its fleet in Florida during the winter sailing season and now it is spreading all four of its ships back out. Disney Dream and Disney Fantasy will continue to serve the Sunshine State. They will offer three- and four-night Bahamas and seven-night eastern and western Caribbean voyages from Port Canaveral. Disney Magic is heading back to Port Miami for four- and five-night trips.

Disney Wonder, a 964-foot ship that carries up to 2,713 passengers and a crew of 950, made its Hawaii debut in May 2012. The ship will sail from Vancouver to Honolulu a 10-night cruise on September 7, 2015 with stop calls at Nawiliwili on Kauai and Kahului on Maui. The second 10-night itinerary starts September 17 and includes stop calls at Kahului, Hilo and Nawiliwili before returning back to Vancouver.