Norwegian Cruise Line is planning to spend more than $250 million through 2015 to upgrade entertainment, dining, drinking and many other elements of its cruise product, company officials said on Tuesday.

Although some aspects of the Norwegian new program have previously been announced, the improvements are meant to be built on both Norwegian Breakaway and Norwegian Getaway, the most recent additions to Miami-based Norwegian Cruise Line.

The cruise line said that the H2GLOW Party will be available on all ships, including new shows, acrobats, showgirls; free dining rooms with new menus; more exciting activities for kids will be added as part of the upgrade. 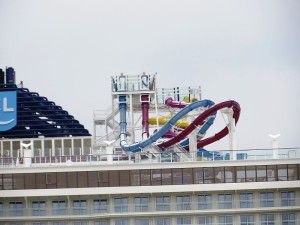 In addition, the cruise operator will invest in new technology: interactive displays will be introduced across the whole fleet and the passengers will be able to make dining reservations, organize shore excursions as well as many other parts of their trips only by using a touch screen sign.