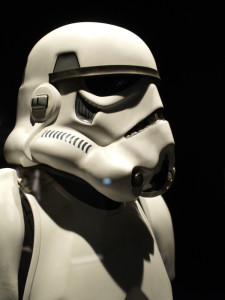 Family-friendly cruises are hustling and bustling to provide great customer service and ensure a great overall experience. Disney Cruise Line will offer its guests a new thrill of the world’s most famous space saga.

Disney Dream turns 5 this year and the vessel is set to go into a 20-day dry dock for some upgrades in late October. The cruise line announced Tuesday in a press release that the ship will have new spaces in the Oceaneer Club, including a Star Wars play area and the high-tech interactive area the Disney Infinity, as well as a sweet shop.

Inspired by Han Solo’s spacecraft from the first three Star Wars films, Millennium Falcon is a play area aimed at kids aged between 3 and 12. All young Jedis-to-be can experience exciting adventures such as piloting “the spaceship through hyperspace and trigger light-speed jumps to different locations around the galaxy,” Disney said; learning how to use a lightsaber and control the Force from a Jedi Master before doing battle with the evil Darth Vader. The out-of-this-galaxy experience features Star Wars-themed crafts, games and activities. Kids can watch episodes from the Disney XD animated series “Star Wars Rebels” on a large screen and play video games.