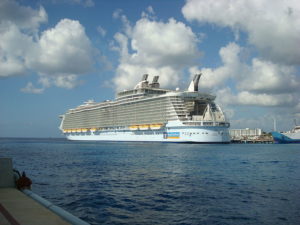 The New Royal Caribbean Cruise Ship, Symphony of the Seas, will debut ahead of schedule.

Billed as the largest cruise ship in the world, Symphony of the Seas is set to make its debut earlier than planned, and its first sailing is departing three weeks earlier than expected.

Royal Caribbean’s Symphony of the Seas is the line’s fourth Oasis-class ship. The ship will be the world’s largest cruise ship when it launches. It will feature new-to-the-line cabin categories, restaurants, and entertainment venues, as well as a revamped Boardwalk.

The earlier launch date will allow Symphony of the Seas to sail three additional voyages. 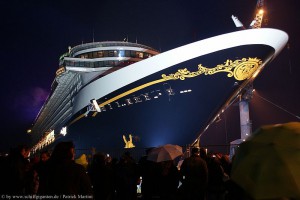 The Disney Dream cruise ship collided with a dock during its 3-day cruise from Port Canaveral, Florida to Nassau, the Bahamas on Saturday, Sept. 30. The collision occurred during the port of call and was first reported by the blog of the cruise operator which featured posts from social media. END_OF_DOCUMENT_TOKEN_TO_BE_REPLACED