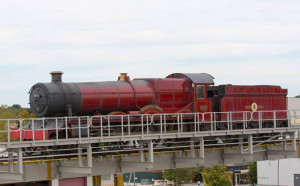 The Merritt Island-based Florida Biplanes & Helicopters is making efforts to put a the helipad on Port Canaveral’s territory. Earlier this year the company was planning to set their business along State Road A1A. They withdrew their bid after the residents’ complaints of the noise. The company already has tours that fly over the Port after taking off from Merritt Island Airport. The Port Authorities are not against the idea of helicopters taking off from the port, but they will seek the support of Cape Canaveral City Council before moving forward. 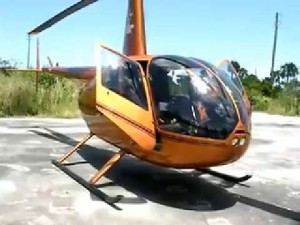 See more about this new opportunity on FloridaToday

Two Disney ships can be seen at Port Canaveral. 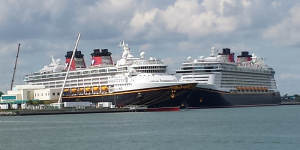 It is rather unusual and rear event to see the First Generation Ship – Disney Magic next to the Second Generation – Disney Fantasy. 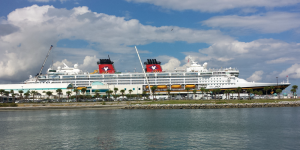 The pictures shows clearly the difference between the two classes of ships. The Disney Magic has been spotted undergoing overhauled for a second day at Port Canaveral Cruise Terminal VIII  , and it seems that the work is going trough the night as well. The October 20th sailing of the Disney Magic has been      cancelled.  Disney Cruise Line is citing challenging weather conditions which made it impossible to complete the finishing touches following during the transatlantic crossing.  The Disney Magic left dry dock on October 10th where many contractors remained on-board 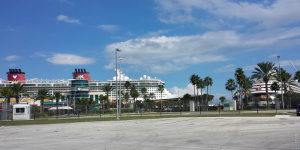 to complete unfinished tasks. Looks like more time is needed for the work to be 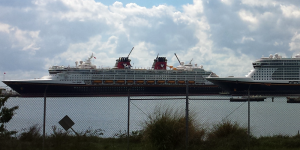 We already wrote about that the annual AAPA Convention will take place in Orlando and Port Canaveral this year. Well, mainly in Orlando as it turns out. Though Port Canaveral is a world-class tourist center, it simply isn’t accommodated for hosting grand business events. But with Orlando just 45 minutes away, it still counts that the port is the actual host of the convention. And port authorities are more then optimistic that the conventions will bring a major boost to the port. 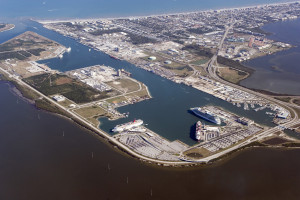 A computer glitch stopped the Hollywood Rip Ride Rockit around 7 p.m. on Wednesday. Around a dozen people, including at least one child were riding it at this moment. They were stuck in a vertical position atop the coaster for more than 2 hours.

Rescue teams from the Orlando Fire Department were called to the theme park after several people reported that the Hollywood Rip Ride Rockit roller coaster had malfunctioned and about a dozen people were trapped on the ride. All were rescued by about 9:45 p.m., fire officials said, and one person was taken to the hospital with neck pain. According to dispatchers there was no danger for the people on the coaster but the operation took almost three hours because the ride had to be turned in horizontal position safely. The 12 people were given towels to stay warm during the ordeal.  Other trains were also stuck after the glitch but the park’s crew was able to take them down fast as they were not vertical. 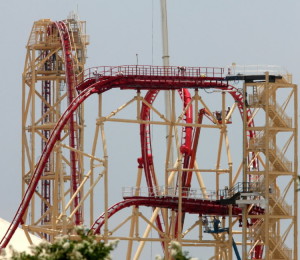 “We’re happy that our guests are safely off Hollywood Rip Ride Rockit. We’ll find out what happened & will reopen the ride as soon as we can,” Universal said in a tweet.

Introduced in 2009, the Rip Ride Rocket has a max height of 167 feet and can reach speeds of 65 miles per hour. It is billed as Orlando’s tallest roller coaster.

It is not the firs incident with the Hollywood Rip Ride Rockit this year. The ride was closed for two days in August after a woman was hurt when the car she was riding in stopped. The woman suffered minor injuries and the ride was closed after a safety inspection. It will again be closed; at least until a crew works to determine exactly what went wrong.