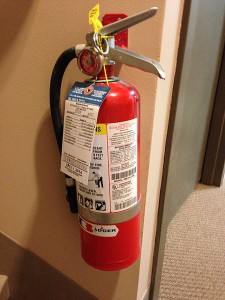 A fire broke out aboard Royal Caribbean Freedom of the Seas Wednesday injuring one crew member. Passengers were moved to assembly stations but not evacuated.

The incident happened at about 9:30 a.m. while the cruise ship was pulling into the port of Falmouth, Jamaica. Royal Caribbean International said on its Twitter page that the fire started in a mechanical area and was extinguished a short time later. The passengers were told to put on their life jackets and gather on the deck. The fire suppression system for the vessel was immediately activated and the fire did not spread. Photos posted on social media showed a thick plume of grey smoke coming from an upper deck of the 154,407-ton Freedom of the Seas. END_OF_DOCUMENT_TOKEN_TO_BE_REPLACED

Carnival Corporation will sail to Cuba in a new deal, the world’s largest cruise ship company announced Tuesday. Princess, the parent company of Carnival, will launch seven-day “people-to-people” travel to the island beginning in May 2016. The U.S. Department of the Treasury and the U.S. Department of Commerce granted the company approval to begin traveling to Cuba. END_OF_DOCUMENT_TOKEN_TO_BE_REPLACED