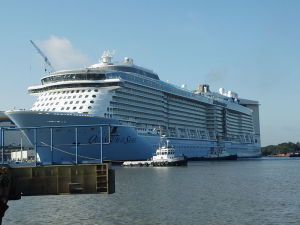 Royal Caribbean’s Oasis of the Seas will leave Port Everglades and move to Port Canaveral for the winter 2016-2017 cruise season, officials from the cruise line announced Thursday. The enormous vessel, which cost $1.4 billion to build in 2007- 2008, will be the largest passenger ship ever to be based at Port Canaveral. The Oasis will offer alternate eastern and western seven-night Caribbean cruises from Port Canaveral. END_OF_DOCUMENT_TOKEN_TO_BE_REPLACED